The northeastern coast of Puerto Rico is where the Atlantic Ocean waves and currents meet those of the Caribbean Sea.  This is where we go fishing. From the shallow flats along shorelines to the deepest blue waters of the Puerto Rico Trench, come and experience what saltwater game fishing is all about! Our fishing grounds feature variety of countless game fish prized among offshore anglers for their speed and jumping power when hooked.

The fish on this list are determined fighters that make for a thrilling angling experience. But it’s not just the thrill of catching these fish that make them so coveted; many have tasty and valuable meat. Whether it’s for their culinary value or the challenge of catching them, these are some of the most sought after fish in the seas. 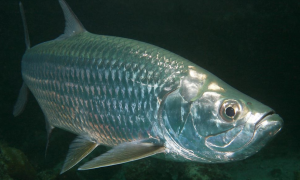 The Atlantic Tarpon inhabits coastal waters, estuaries, lagoons, and rivers of Puerto Rico, feeding almost exclusively on schooling fish and occasionally crabs. Tarpon range in size from 4-8 feet in length and weigh around 60-280 lbs. They are considered one of the great saltwater game fishes, not only because of their size, but also because of their fighting spirit when hooked; they are very strong, making spectacular leaps into the air.

Capt. Marcos has released over 12,000 Tarpons in the waters of northeastern Puerto Rico – all according to the ethical, sport angling practices of the International Game Fish Association (IGFA). 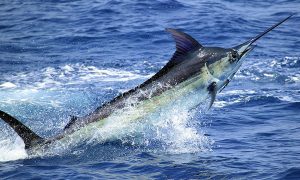 Blue Marlin have long been the favorite saltwater game fish for offshore anglers. Marlin represent the pinnacle of an offshore catch: powerful, cunning, fast and big. Females are 3 to 4 times larger than males. Larger specimens can reach 14 feet in length and weight of almost 2000 pounds. The blue marlin preys on a wide variety of marine organisms, mostly near the surface, often using its bill to stun or injure its prey. 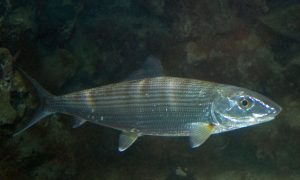 Bonefish are surprisingly fast and strong for their size. These quick fish are a lot of fun when hooked. They are common in the coastal flats off Puerto Rico and shallow waters of the Island’s surrounding cays. Caribbean regions like the Florida Keys, which is one of the best bonefish destinations in the world. Fly-fishing for bonefish, may be done by wading or from one of our shallow-draft power cats. ‘Bones’ are designated game fish of the IGFA Grand Slam Clubs. 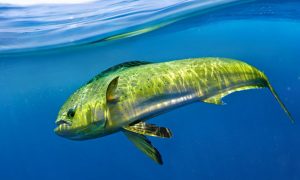 Dorado, also known as Mahi Mahi or dolphin fish, are prized for their brilliant colors, incredible speed, and ability to jump high when hooked. They are also fairly plentiful to most Puerto Rican sport fishermen. Dorado are found throughout the world and can be caught by sight casting using light or medium tackle. Dorardo is among the tastiest fish in the sea. It’s meat bursts with flavor. Dorado is locally marketed as Mahi Mahi, and can be found on many restaurant menus in Puerto Rico.

Snook are considered an elite game fish in Puerto Rico and the Virgin islands. Their Spanish name is ‘Robalo’ and there are several subspecies of Snook that are common in the Caribbean. Snook are often fished at night and can be caught around inlets, mangroves and docks. They are revered as one of the most challenging fish to catch, partly because they tend to be cautious about how and when they will approach bait. Snook are designated game fish of the IGFA Grand Slam Clubs. 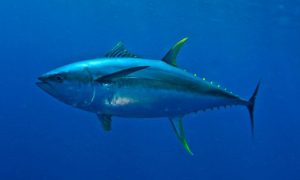 Yellowfin are known for being one of the fastest and strongest fish in the sea. They’re considered one of the largest tuna species, but are significantly smaller than the Atlantic Bluefin. Although mainly found in deep offshore waters, Yellowfin Tuna may approach shore when suitable conditions exist and are great for Fly-fishing. Mid-ocean island groups in the Caribbean often harbor Yellowfin feeding on the baitfish concentrating close to the shoreline. 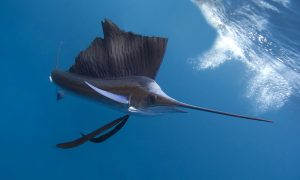 Sailfish are powerful apex predators that are considered to be one of the fastest fish in the sea. Individuals have been clocked at speeds up to 110 km/h (68 mph), which is one of the highest speeds reliably reported in any water organism. Sailfish are also known for their jumping power, which makes them a thrilling fish to catch. Their range extends throughout both the Pacific and Atlantic Oceans. 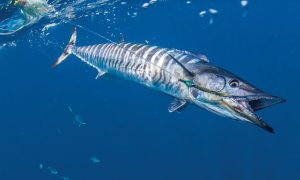 Wahoo can be found worldwide in tropical seas. It is best known to sports fishermen, as its speed and high-quality flesh make it a prize game fish. The flesh of the Wahoo is highly regarded by many gourmets. In most parts of its range, the Wahoo is a prized sport fishing catch. It reaches a good size, is often available not too far from land, and is a very good fighter on light to medium tackle. It is known in sports fishing circles for the speed and strength of its first run. 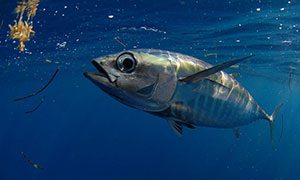 Blackfin Tuna have torpedo shaped bodies, big bold black eyes and are the most common small tuna around Puerto Rican waters. They can be caught all year round in our warm Caribbean waters and can range from 6 to 30 lbs. The meat is excellent when iced and stored as per Capt Marcos’ preparations, creating Sushi-quality steaks. Great for fly-fishing and light tackle, mostly caught with live bait in Puerto Rican waters. 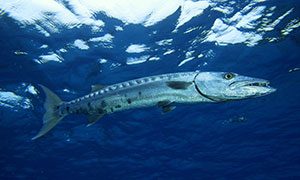 The Great Barracuda found here in the Caribbean can grow up to 6 feet in length. It has a large mouth containing two sets of razor-sharp teeth. They are blindingly fast over short distances and are usually caught when fishing for something else.  Their sharp teeth often bite through line if you are not using wire.  Barracuda are fun to catch with that wicked mouth full of teeth! They make quick runs but do not have a lot of stamina when hooked.  They sometimes jump, especially the larger ones. 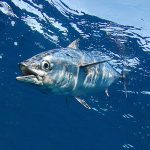 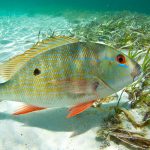 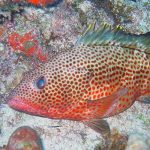 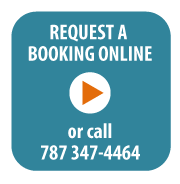 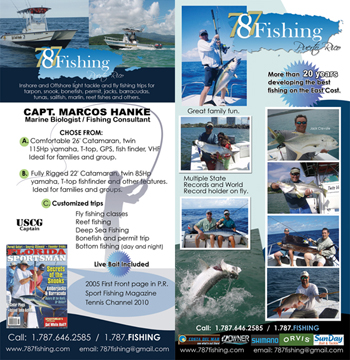 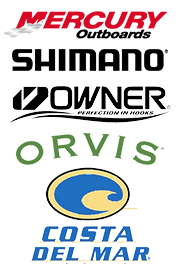